Why You Should Think About Your Death More In 2020 Sitting at my studio desk with my laptop open, adjusting the screen brightness down as my eyes ache, reflecting on the year that was 2019 as my fingers tell the story.

What a year it was.

So many things happened.

So many lessons learned.

Sitting at my studio desk with my laptop still open, the screen brightness nearly all the way down, my eyes aching, fingers tired.

I decided to take a break, clear the head, distract myself a little, so I started scrolling through Facebook.

And then I saw a post, a post that would not only change my outlook on life but this blog article.

This blog was meant to be about everything, all those things that happened, the lessons learned, a guide to navigating through 2020.

I sat back in my chair, highlighted the 1413 words I had written and pressed delete.

Death Is A Beautiful Thing

Trying my best to block out the intermittent moments of disbelief as I re-read the Facebook post.

Where do I even start…

The Facebook post was about a girl I knew, we met her through mutual friends many years ago.

She did a pretty horrible thing to me.

Boy found out through her friends.

I would never see her or that group of people ever again.

Everything happens for a reason, that’s just how my story was told and I wouldn’t change any of it.

Like I said before, 2019, so many things have happened to me.

One of those things that happened was a message, a message from this girl, more of an apology for the mistake and the pain that came to me because of it.

A lot of time had passed and I learned the power of forgiveness in this time.

We began to talk about life so far, hers wasn’t going so good with being in hospital constantly over the past two years with organ failures, blood transfusions and falls that caused internal damage just to touch the surface of the pain she was suffering.

Our conversation continued and after detailing the immense health battle she had been fighting there was a happy ending.

She was released from hospital.

And that’s the last we spoke.

It was New Years night and I was sitting at my desk, scrolling through Facebook, looking for a little relief when I saw the post.

The post was about that girl, she passed away on New Year’s day, on her 27th Birthday.

Stirring around the feelings of shock and disbelief I would regularly notice myself thinking about my own death, not like the act of dying, or how I’m going to die but what comes after I close my eyes and take a breath for the very last time

I thought about what my world looks like without me disrupting it, who I would leave behind, what people would think of me and questions in between.

It’s not that I think I’m going to die anytime soon, or will I? I don’t know, but I’m sure she didn’t think she would die at 27.

That’s why you should think about your death more in 2020.

Thinking about my death has made me question what I’m doing with my life and has made me more aware that, at some point in the near or distant future, I won’t exist anymore.

Not going to lie, coming to terms with my own Impermanence on this Earth makes me fairly uneasy.

I’ve spoken about death with a lot of people and for most, death is too mysterious to talk about, after all, no one I spoke to including myself have died, so it can be challenging to figure out in our heads what death even means.

I found that thinking and talking about the mysteries surrounding death makes the whole concept less terrifying and more approachable.

I think by keeping death at the forefront of our minds can have a positive influence on our psychological well-being.

It makes you evaluate the reasons why you’re throwing your life away.

It’s a morbid little habit, envisioning my funeral, but it has its benefits beyond providing me with a mental escape from a chaotic existence.

Reflecting on my own death creates more context about my life.

Contemplating my own mortality may seem like a distraction or escape from reality to a lot of people, but the opposite is truer, I now find It to be extremely grounding and somewhat peaceful.

What I’ve come to realise is that In today’s modern societal culture, we are brainwashed to focus on the future so intensely that we don’t even think about enjoying where we are in this very moment.

Everything is in the context of how things will be in the future, that’s how I’ve always thought, where I am I going to be, or where I want to be in 3-5 years.

Sitting here thinking about death as I write this helps me centre myself and ask, ‘What is it in my life that brings me joy or makes me happy or fulfilled?

But it’s not just about enjoying the present moment, no, thinking about your own death also gives you an opportunity to make changes, tweaks and adjustments to your life, to use the time you do have, however long it is to become the type of person you want to be and live the life you really want.

I still can’t believe this loss of life.

My thoughts and well wishes are with her family, friends and loved ones.

And although I know it hurts, tears dry, it’s a natural way of healing and everything will be ok.

I think everyone should think about their death more in 2020.

Why you should think about your death more in 2020, which is going to come sooner or later should help you live a healthy and fulfilling life in the here and now.

As my imaginary crowd celebrates my life at my funeral, I snap back into reality, with all the opportunities in life to be the person I want to be thanks to a girl, some memories and an apology.

Thank you for being part of my life.

PrevREAD PREVIOUS6 Tips to Prepare Yourself For Corporate Headshots
READ NEXTWATCH: Welcome to the Story of My LifeNext 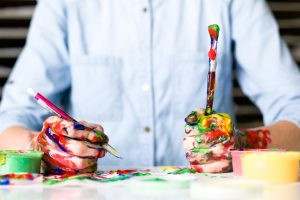 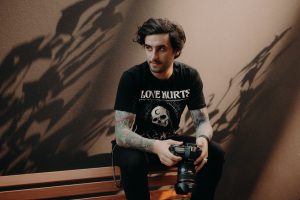